Share a memory
Obituary & Services
Tribute Wall
Read more about the life story of Joseph and share your memory.

On October 24, 1959, Brent was born in that same hospital to the late Joseph Edward Jacobs and the late Elizabeth “Betty” (Zeiner) Dennis. He attended Newcomerstown High School and served in the U.S. Army, but he was very private about his service.

Brent worked for Dundee Automotive Inc. for the last thirty years. He enjoyed his job and helping all the customers who came in. In his spare time, he liked to tinker with cars, spending time with his granddaughters, and watching TV and mystery shows.

Surviving are Brent’s son and daughter-in-law, Joseph B. Jr., and Hannah Jacobs of Port Washington, his two granddaughters, Kaysen and Myla, his two sisters and brothers-in-law, Denise and Chad Woodruff and Lori and Joe Seiler, his aunt Valorie Zeiner, and longtime acquaintance Serena Jacobs.

Along with his parents, Brent is preceded by his stepfather Carroll “Pete” Dennis.

Keeping with Brent’s wishes, no services will be held.

To send flowers to the family or plant a tree in memory of Joseph Brent Jacobs, please visit our floral store. 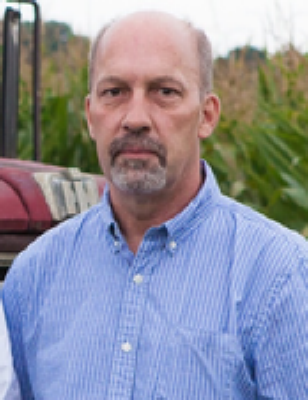 Family and friends are coming together online to create a special keepsake. Every memory left on the online obituary will be automatically included in the book.

You can still show your support by sending flowers directly to the family, or by planting a memorial tree in the memory of Joseph Brent Jacobs
SHARE OBITUARY
© 2023 Koch Funeral Home LLC. All Rights Reserved. Funeral Home website by CFS & TA | Terms of Use | Privacy Policy | Accessibility